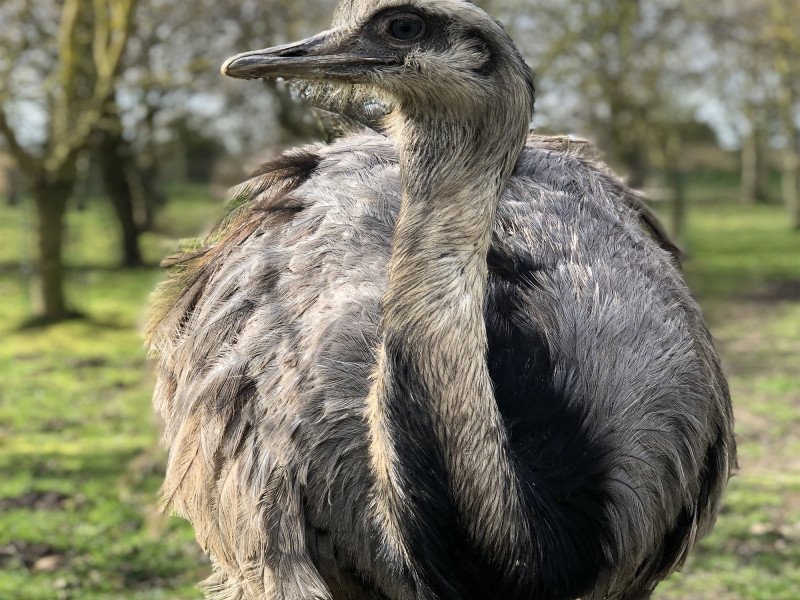 Rheas are vegetarian and prefer broad-leafed plants but they also eat fruits, seeds and roots. They can grow up to 90cm tall, which some larger varieties reaching 100cm!

Rheas sleep with the neck in an S-shaped loop, resting the bill on the throat. Baby Rheas sleep almost exclusively at night and rarely during the day. They are omnivores, their natural diet is insects, leaves, shoots, flowers and seeds. They browse on some grasses, but it is not their main diet. Ostrich feed is suitable and is available from some feed manufacturers.

• Unlike most birds, rheas have only three toes! • Rhea has strong legs with three toes that are designed for running. • Although it is unable to fly, rhea can run very fast and reach the speed of up to 40 miles per hour. Wings provide stability during running. • Rhea is a silent animal most of the time. During mating season males produce sounds that are similar to the roars of mammals. • Maximum lifespan of the rhea in the wild is 15 years.