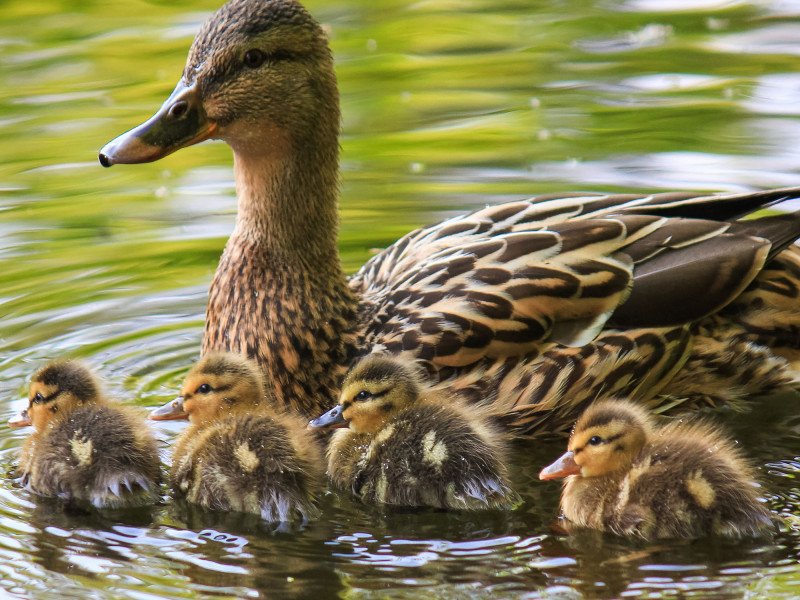 The smallest Species weighs no more than 0.5 pounds (0.2 kilograms) while the Largest weighs up to 49 pounds (22.5 kilograms). Height - Height of Ducks varies according to Species and Gender. On an Average their height is about 5 inches or 4 inches. A Domestic Ducks length stands from up to 60 cm. in Height.

Left to their own devices, ducks will eat plants, seeds, insects, worms, snails, and even crustaceans. Basically, although bread isn't harmful for ducks on it's own, they fill up on it and don't feel the need to ear anything else. Most of the time, geese and ducks sleep at night right on the water.

• A male duck is called a drake, a female duck a hen, and a baby duck a duckling. • Ducks are mostly aquatic birds living in both fresh water and sea water and found on every continent except for Antarctica. • Mallard ducks live 5 to 10 years in the wild and 8+ years in captivity. • Ducks are curious and friendly creatures they have been domesticated as pets and farm animals for more than 500 years. All domestic ducks are descended from either the Mallard or the Muscovy duck.